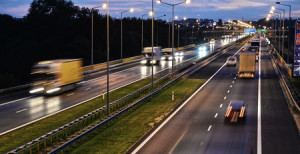 Three US states are currently testing a mileage-based fee system, hoping to replace the outdated and arguably, no longer effective, gas tax that funds road upkeep and operation.

Colorado, California, and Oregon are temporarily piloting a system where drivers pay a tax which is calculated based on the number of miles they drive rather than a flat tax at the pump. In Colorado, it’s being called a Road Usage Charge (RUC) and proponents of this change are rallying behind it, saying that it will be the best way to ensure roadways are maintained and expanded moving forward.

The problem that’s currently plaguing DOT officials in many states is the gas taxes aren’t raising the required capital to meet the growing needs of cities. In a politically-charged world, it’s tough to simply raise taxes.

Additionally, electric and flex-fuel vehicles are hitting the roadways at an increased rate, resulting in fewer people filling up at the pumps regularly. The taxes that the DOT once counted on to invest in maintenance and construction are being seriously impacted. Not to mention, the gas tax has not been adjusted for inflation. In Colorado, the gas tax comes out to 22 cents per gallon, which, according to this article in the Coloradoan, hasn’t been raised since 1993. The proposed RUC rate in Colorado is 1.2 cents per mile, and as testing continues across the nation and data is collected, this tax may be adjusted. However, the hope is to collect enough money to meet the growing needs of the country without feeling the pinch as transportation innovation continues to evolve.

The incoming Trump administration has hinted at a colossal $1-trillion infrastructure plan, and that money needs to come from somewhere. Gas taxes no longer seem to be enough. Do you think the RUC will be embraced by citizens? Only time and further testing will tell.